Who is who at Eurythmy4you 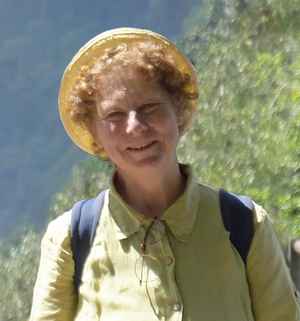 Adele Waldmann is a Eurythmist and Eurythmy Therapist who lives in Switzerland. Adele translates our texts and is the English voice of Eurythmy4you's videos. She is very gifted in communicating with people and finding out what they need. You may book sessions with Adele in Switzerland and online. 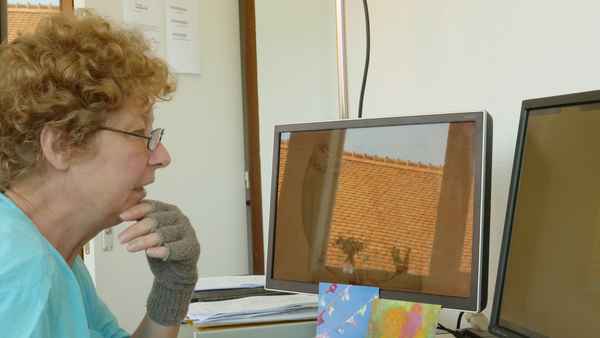 Adele comes from South Africa where she studied architecture and eurythmy. After emigrating to Europe she deepened her understanding of complementary therapeutic applications by working in the field of social therapy for many years.

Now she focuses her activities in the field of eurythmy. She teaches eurythmy in kindergartens, in courses for adults, has a eurythmy therapy practice and is responsible for project development at Eurythmy4you. 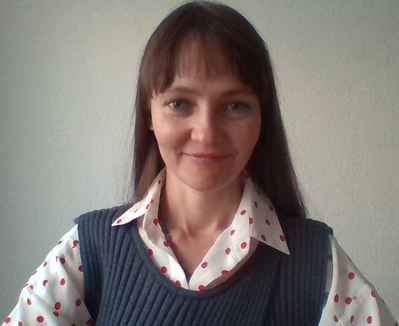 Anastasiia Bokovets comes from Ukraine, has a doctorate in philology, is a Waldorf teacher, educator, interpreter and author of songs and children's fairy tales. Anastasiia works one day a week at Eurythmy4you and takes care of the publication of our courses and their translation into different languages.

Anastasiia is currently studying eurythmy therapy in Dornach (CH) and we at Eurythmy4you are happy to support her. Do you join us? 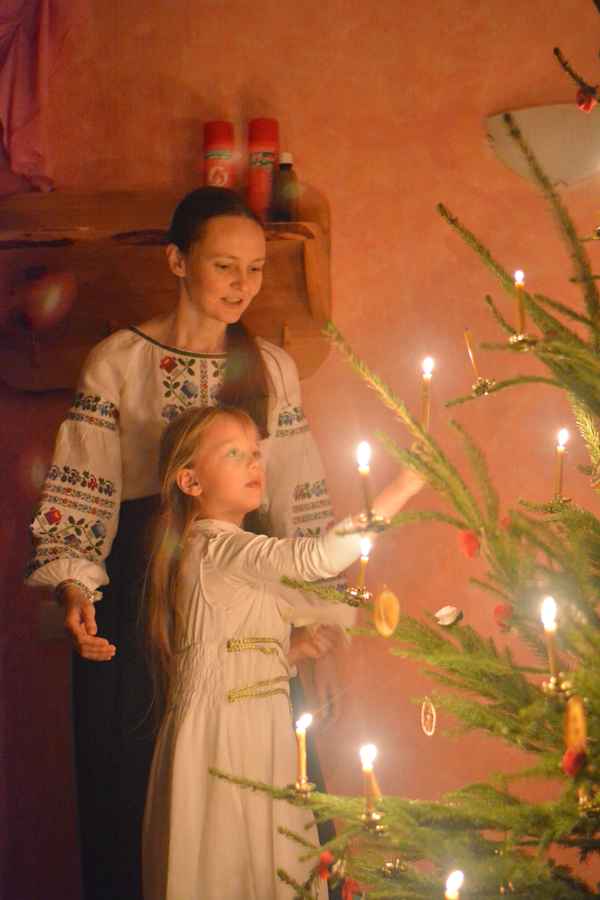 was born and raised in Zaporizhzhia, Ukraine. From early childhood she was fascinated by words and languages, wrote poems and composed songs. She is a philologist, speaks four languages fluently (Russian, Ukrainian, English, German) and is currently practicing Chinese, Spanish and Italian. French and Arabic are also on her menu.

Anastasiia is a rhythm teacher based on Wilma Ellersiek and has translated these games into Ukrainian and Russian. She was the co-founder and leader of two Waldorf kindergarten groups in her hometown of Zaporizhzhia and regularly taught at family and children's camps in China.

Anastasiia sings and plays several musical instruments. And of course she loves children who find her everywhere, no matter where in the world she is. Her first book is called The Letters from Mother. True fairy tales.

The sky blossoms with the sun's rainbow
and embraces eternity with the singing of the earth,
the wind ripples softly with the waves of the birch trees
and sees clearly the evening in the flame of the dawn! 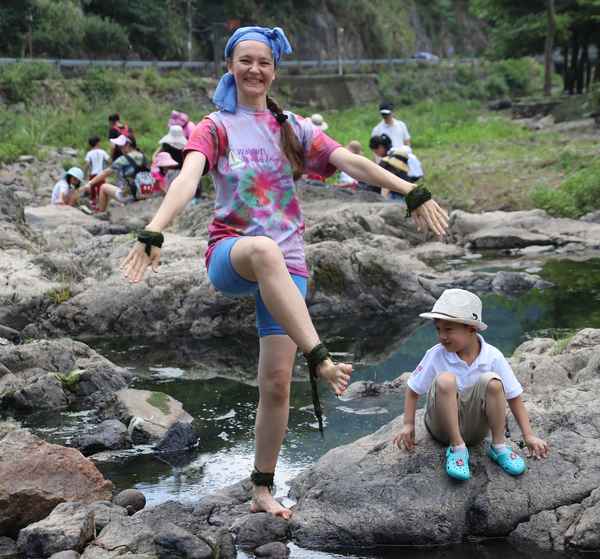 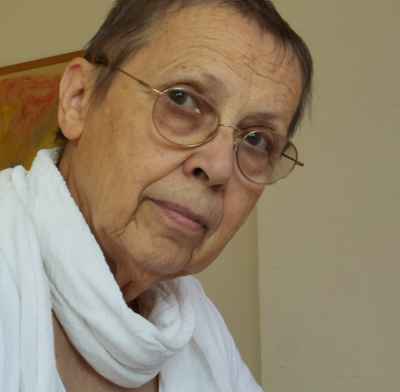 studied architecture. She is a biography advisor, lives in Austria and loves eurythmy. Ilse has been with Eurythmy4you from the start. Together with Theodor and Simon Waldman, Ilse developed our texts on the eightfold path and for high sensitivity.

In July 2017, Ilse and Theodor started filming for Eurytmy4you with this video.

The Power of Health 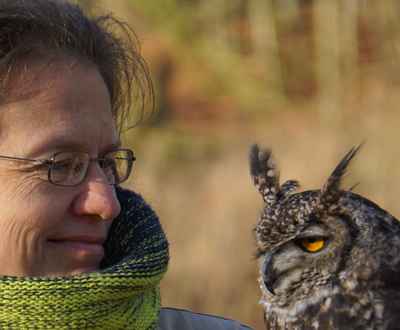 Karsta Johannes helps to write and publish our newsletter. She was born in 1971 and currently lives close to the Elbe, in the Göhrde forest in Germany.

I grew up in a small village in the former GDR. Actually, I was always outside. Nature gave and gives me friendship, comfort and security. 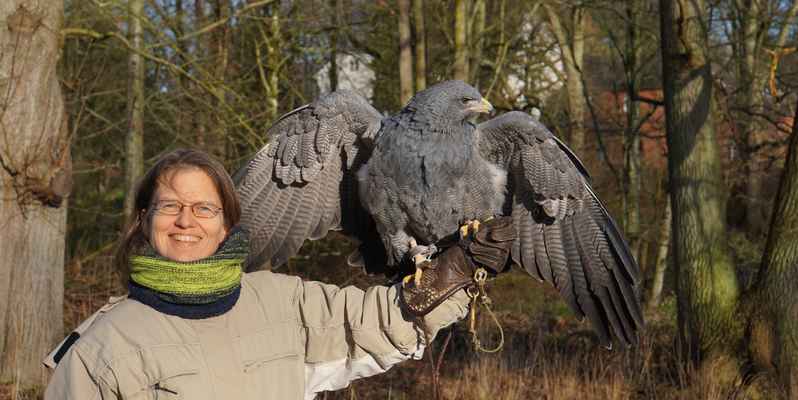 In preschool I taught myself to read, always enjoyed reading a lot and incorporated words into myself. It was essential to be aware of many word meanings and to have a large selection of words and thus a certain control over language.

For a few years I worked as a co-therapeutic assistant for an autistic boy, as an integration assistant in primary school classes and as a curative teacher and teacher at support centers.

I have been studying Tibetan Buddhism since 1997 and am working on integrating the Buddha Dharma into all facets of my life. I made my first eurythmy experience in 2018. The eurythmy therapy brought my body into a deep relaxation. Since then, thanks to the internet and E4U, I have been able to learn the sounds and many exercises. I also like to be at home in art, because dada is alive (dada lebt). 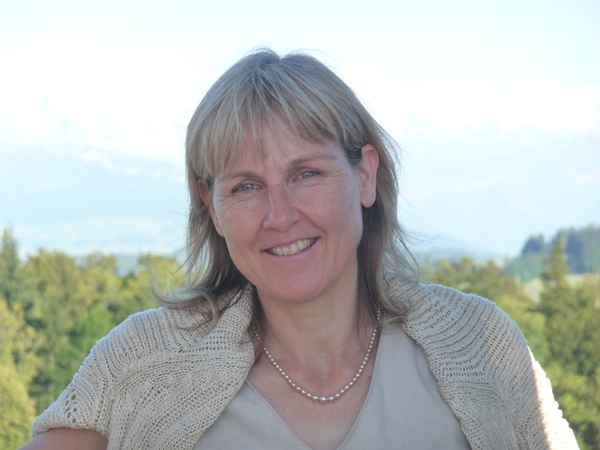 Monika Birkhofer cares for the administration of Eurythmy4you. Monika owes her love for agriculture, animals, nature and the French language to her grandparents and her uncle, on whose farm in the Jura she was able to spend wonderful times. She likes to ski with her two sons, Jan and Marco or support them from the sidelines of the football field. Her hobbies are skiing, Tango Argentino and learning about the inner life of plants. And then, of course, everything related to bodywork and body awareness.

Continue reading...
Click to hide text
Together with Theodor, I conduct ski eurythmy seminars where you can experience eurythmy in the flow of movement. 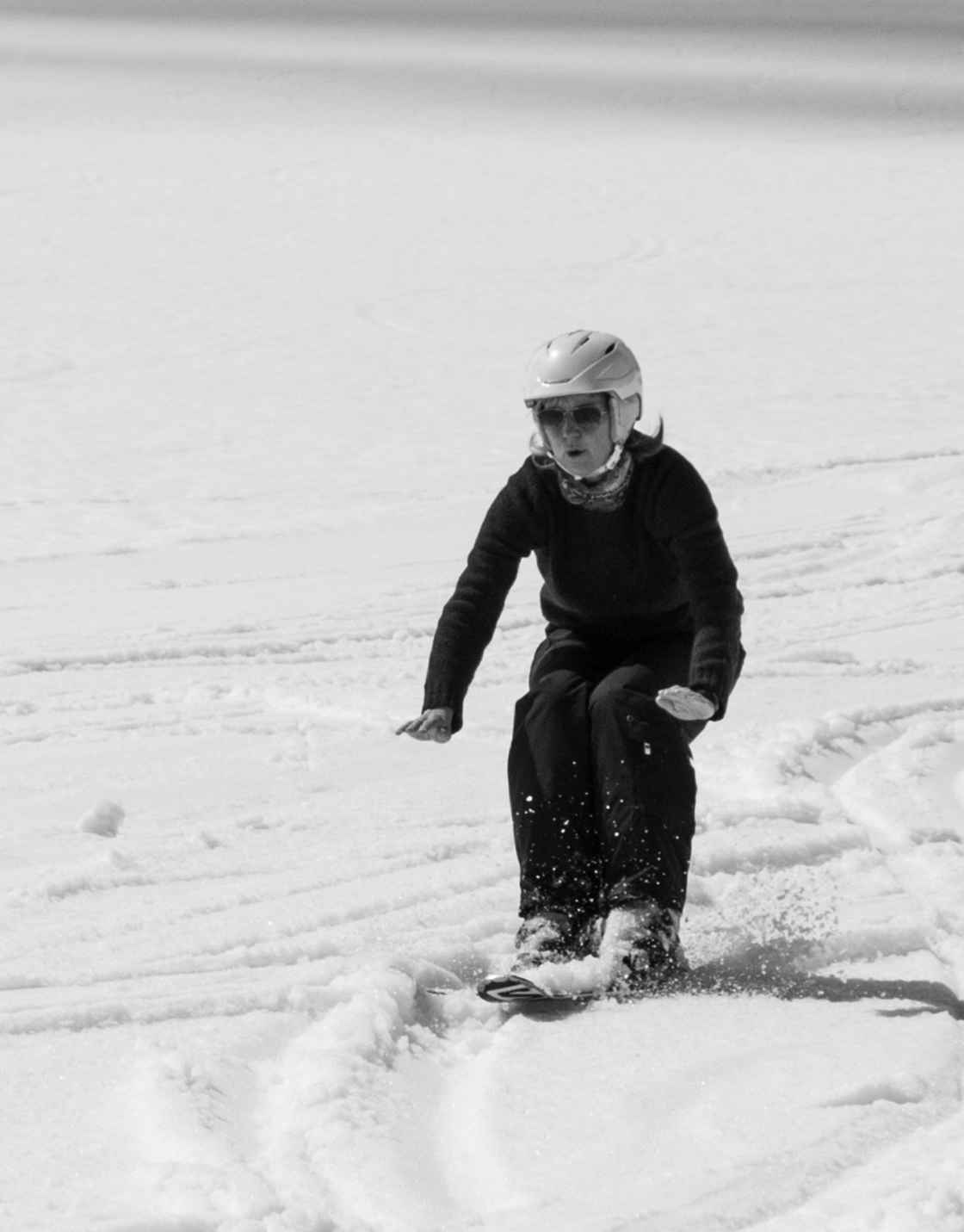 Skiing appointments may be made on Facebook or write me directly. 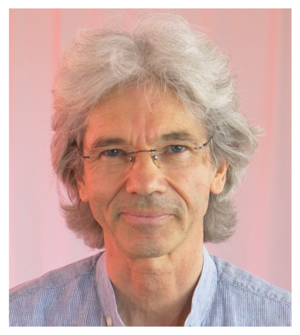 Theodor Hundhammer is the founder of Eurythmy4you. He produces the videos and is responsible for the content. He has a eurythmy therapy practice in Bern and in Biel in Switzerland. You can book individual sessions with him, or invite him to teach a class near you.

Theodor grew up in Bavaria near Munich. Even as a student he was an avid glider pilot and studied aircraft at the TU Braunschweig. There he built experimental gliders and graduated in the fields of gear mechanics and factory operations. In between he worked in curative education, geriatric care and trained as a kindergarten teacher. After completing his studies, he worked for four years as a plant engineer at WALA-Heilmittel GmbH, during which time he dealt with the spiritual significance of technology for humans. 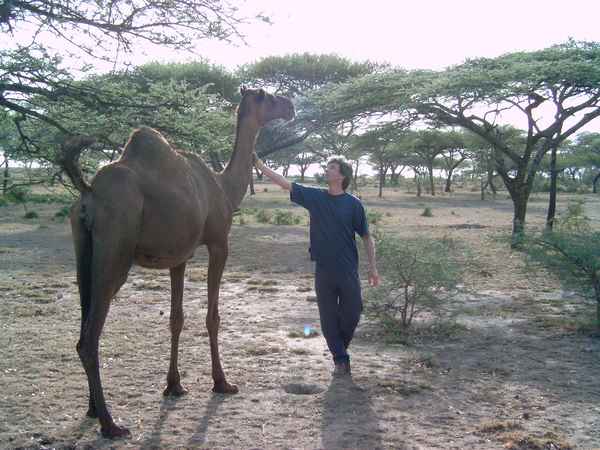 studied Eurythmy in Holland and America and Eurythmy Therapy in Pforzheim, Germany. He then founded his practice in Bern and Biel in Switzerland. In addition to his therapeutic work, he worked  at FAIRMED until 2011 as a project administrator for health projects in Africa and Asia. From 2011 to 2020 Theodor was board member and president of the Eurythmy Therapy Professional Association Switzerland. 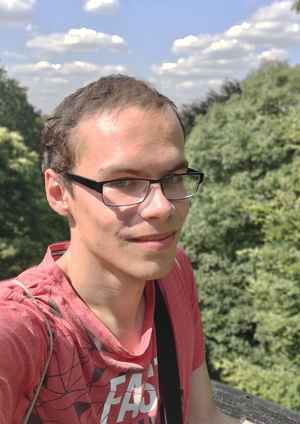 Tobias Friedly is our genius at the cutting board and a specialist in supporting Theodor creating the videos. He is also a fantastic film-maker and already well known in the young Swiss Filmmaker scene. Films and Trailers by him can be seen on YouTube. 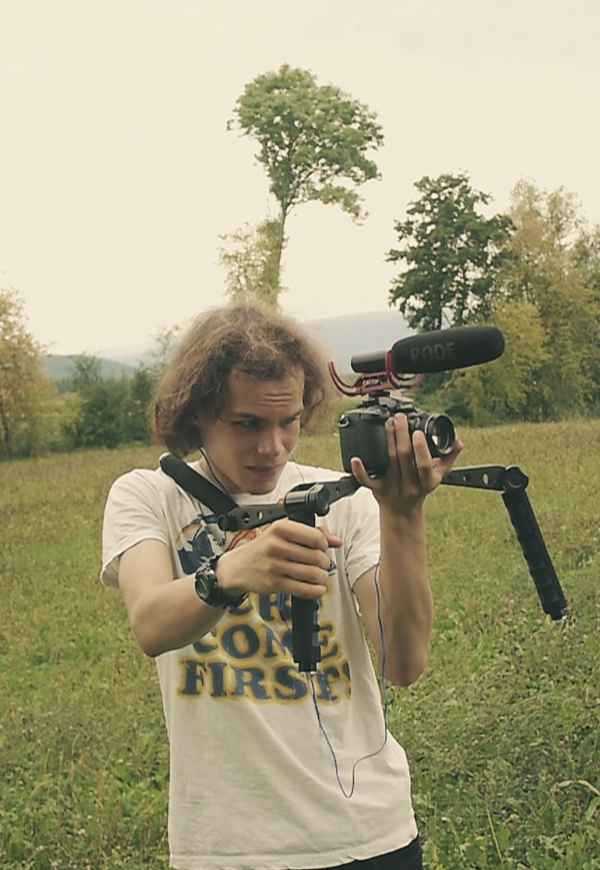 Tobias was born in Tucson, Arizona US and grew up in Osnabrück, Germany. Becoming a filmmaker was his childhood dream. When his family moved to Bern, Switzerland in 2010 he started working on his first film projects. Tobias is also interested in drawing, writing, hiking and composing music.

With his movie "Nioma" he won the pitching competition of the swiss "Jugendfilmtage" and presented the film as the opening film of the festival. This film also made it into the program of many other film festivals including the "shnit" in Bern. 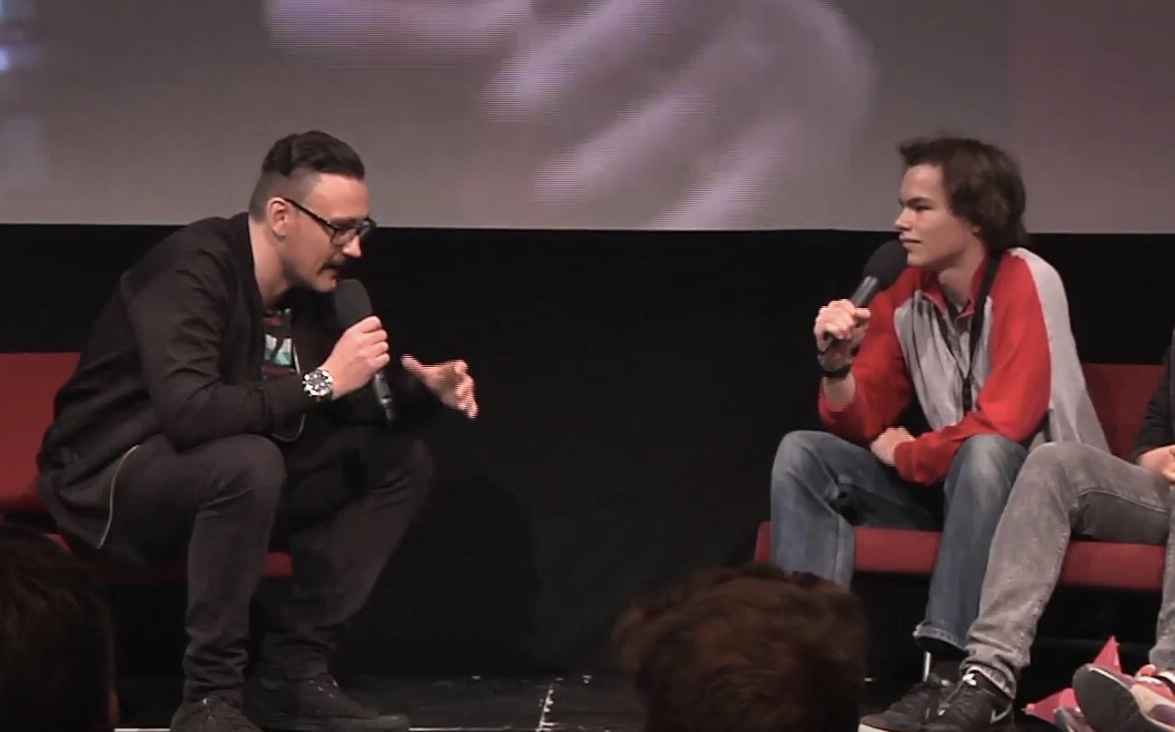